Ever wondered how the passing of time has affected your favorite mercenaries from the Jagged Alliance series? You'll be able to find out before the end the fall. 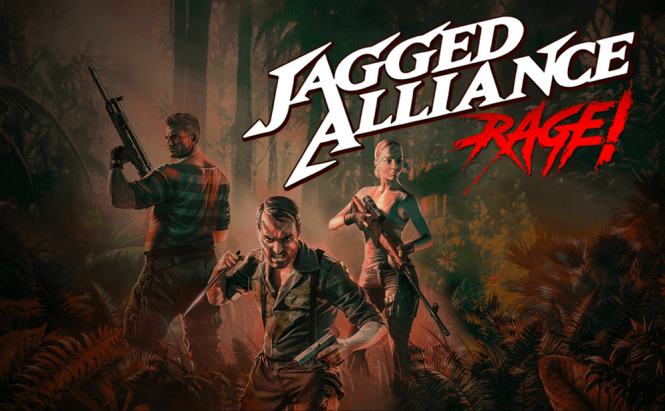 The fans of the Jagged Alliance franchise can rejoice: the company that develops the games, THQ Nordic, has recently announced that the upcoming title from the series will be released this fall. The new game will be called Jagged Alliance: Rage! and, besides the usual enemies, you will also have to deal with complications brought about by the fact that the protagonists have now gotten older. If you want to find out more, here's everything we know about the game so far:

For those of you who are unfamiliar with the topic, Jagged Alliance is a series of turn-based tactical combat games with RPG elements that dates all the way back to the DOS ages. The first game of the franchise was released in 1995, while the latest release, which was called Jagged Alliance: Online, was launched on June 5th, 2013. The common theme of the franchise is controlling teams of mercenaries and helping them in their quests of eliminating various dictators. Additionally, humor is also one of the trademarks of the series and it usually results from the discussions between the characters with conflicting personalities.

In Jagged Alliance: Rage!, Kyle "Shadow" Simmons, Ivan Dolvich, Helmut "Grunty" Grunther and some of the other main characters are back with a new mission, but they're 20 years older. As I said in the beginning, time isn't kind (not even to virtual characters), so during the gameplay, you'll have to deal with issues such as decreased eyesight, sore knees, PTSD, etc. Your team will also have to battle dehydration, being under-equipped and other obstacles while making its way through the jungle. To make matters even worse, the island that you're on houses very few allies and an entire army of bad guys controlled by a powerful drug lord.

As far as new features go, the main character's personalities are even better defined and this will lead to conflicts among the members of your group. Additionally, the upcoming game will feature a two-player co-op mode and rage kills, which will increase each character's unique skills during battles. The enemy commanders in Jagged Alliance: Rage! are now smarter than ever, providing a real challenge even to the veterans of the series. Lastly, you can also make use of experimental drugs to cripple or manipulate your enemies.

According to THQ Nordic, the game will be available for PC, PS4, Xbox One as well as Xbox One X. The suggested retail price is $19.99 for Windows and $29.99 for consoles, but it may change by the time game is released or vary depending on your location. Also, as stated before, there is no exact launch date just yet, but if the game will make its appearance on the market by the end of the fall, we won't have to wait for too much longer.

Nevertheless, if everything goes according to plan and the game is at least as good as the other titles from this series, Jagged Alliance: Rage! will be a huge success. Even though it wasn't included in our best upcoming games in 2018 list, I'm sure that the fans of turned-based tactical combat games can't wait to get their hands on THQ Nordic's newest creation.